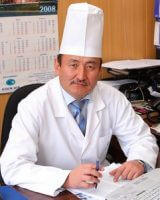 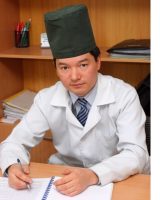 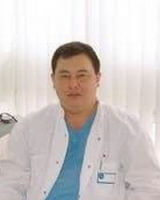 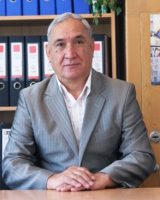 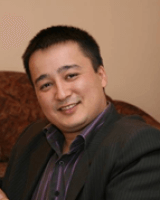 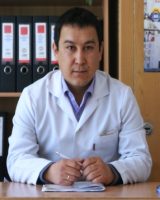 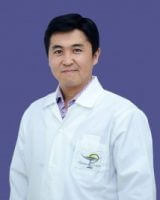 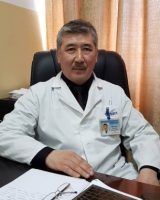 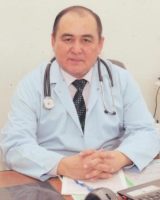 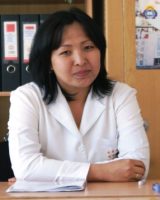 The Department of General surgery is the same age as the medical Academy. By order No. 116 of 1941 at the Kyrgyz State medical Institute, associate Professor Tsarenko Pyotr Petrovich was appointed acting head of the Department of General surgery. In the same order, associate Professor Tsarenko P. P. was obliged to immediately begin work on the organization of a propaedeutic surgical clinic and report on the readiness to receive students of kgmi no later than August 15, 1941. On 1 September 1941 the doors of the Department of propetiary was open to 3rd year students of the first set of ksmi. In addition to the associate Professor Pyotr Tsarenko, assistants were assigned to the young surgeons of I. K. Akhunbayev and Igemberdiev Z. I.

Associate Professor P. P. Tsarenko headed the Department from 1941 to 1945. He was invited to head the Department by the Deputy people's Commissar of health of the Kyrgyz SSR Isa Konoevich Akhunbaev from the Tashkent medical Institute. And he was the only teacher of the Department with pedagogical experience.

The first employees of the Department of General surgery were at the origins of surgical science in Kyrgyzstan. They became the Foundation on which the surgical school of Isa Konoevich Akhunbaev was later established. Among the talented pupils of Isa Konoevich Akhunbaev were great surgeons and teachers, the "pioneers" of surgical science of Kyrgyzstan: N. Androsov.. Yuldashev S. F., Kokkozov O. A., Bayzakov W. B., Akhunbaeva N. And. Olifrienko N. F., W. R. Kaliev, Jumadilov S. D., Romanov A. S., Berezov H. S., J. Nurmanbetov.N., Finger M. G., Bisembin D. B., Alisherov S. A.

May 19, 1959 is considered as the birthday of cardiac surgery in Kyrgyzstan. It was on this day that academician Isa Konoevich Akhunbaev performed the first successful heart surgery in the Central Asian region — finger mitral commissurotomy for a patient suffering from heart disease. Operations on the "dry" heart required the development of completely new technologies: cardiopulmonary bypass, hypothermia, pacing, defibrillation, etc.

From 1975 to 1976 the duties of the head of the Department was performed by a faithful friend and assistant Isa Konoevich Akhunbaev, a great surgeon and scientist associate Professor Shubladze B. K. In 1976-77 the Department was headed by Professor Nelly Akhunbaeva. They had to lead the Department in a difficult period, when the team felt the loss of a wise leader.

In January 1977, the head of the Department of General surgery was elected by the competition Professor Anatoly Alexandrovich Chervinsky. He came to Kyrgyzstan from Russia, where he previously headed the departments of thoracic surgery and anesthesiology (1964-1972., Novokuznetsk), Department of hospital surgery (1972-1977, Kursk). A. A. Chervinsky with due respect to the established over the years the traditions of the Department. Based on the staff of the faculty and doctors, he retained the main established research areas, but being a highly erudite progressive specialist, gave impetus to the development of new advanced methods of research and surgical treatment, which made a great contribution to the development of surgery in Kyrgyzstan. Under the leadership of A. A. Chervinsky, research works in the field of thoracic surgery are getting a new round of development, new types of operations in bronchial asthma are being introduced; mastered the minimal invasive thoracoscopic surgery, surgery for the correction of the excavatum of the sternum, surgery on the esophagus. On the initiative of prof. Chervinsky AA. in 1985 the Department of microsurgery was established. In 1990, Professor A. A. Chervinsky left for permanent residence in Israel. For 13 years, working as head of the Department of General surgery, A. A. Chervinsky prepared 8 candidates and 2 doctors of Sciences.

From 1996 to 2003 the Department was headed by doctor of medical Sciences, Professor, honored doctor of the Republic H. S. Berezov. In 1996 he was elected head of the Department of General surgery, anesthesiology and resuscitation. Since then, the clinic has received a new impetus for the introduction and development of new technologies and research. Successfully established the science of surgical treatment of liver cirrhosis, which can significantly extend the life of patients with this serious pathology. Surgical endocrinology has been successfully developed. Traditionally, they continue to study the problems of endemic goiter. Over the years Professor H. S. Berezovim prepared 13 candidates and 2 doctors of Sciences.

From 2003 to 2004 acting head of the Department was performed by MD, Professor S. M. Chyngyshbaev

Since the clinic named after I.K. Akhunbaev is multi-profile, the scientific direction of the Department is versatile. Under the guidance of Professor Beishenalieva the clinic's activity is carried out in the following areas: improvement of surgical treatment of osteomyelitis, surgical treatment of diseases of the pancreas, development aimed at combating human parasitic diseases (echinococcosis, alveococcosis), studied the problems of gastric ulcer and duodenal ulcer, improving the treatment of purulent mediastinitis.

Currently, students can also gain knowledge about emergency and emergency operations and methods of intensive treatment, as they are on duty around the clock in the departments of anesthesiology and resuscitation, plastic and reconstructive microsurgery, proctology and vascular surgery. Much work is carried out by the student scientific circle. Students ' reports on various issues of surgery have repeatedly occupied leading places at scientific conferences of young scientists. The clinic is a base for postgraduate and postgraduate training of surgeons and anesthesiologists of kgma, where for 2 years clinical residents learn the art of healing.

National Hospital of the Ministry of Healthcare of the Kyrgyz Republic