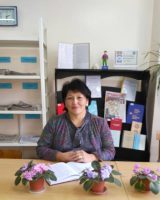 Position:
Head of the Library 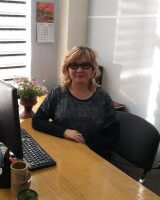 Staff of the Library 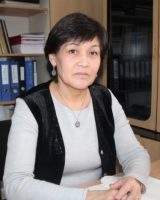 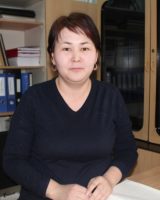 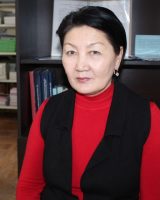 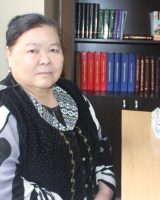 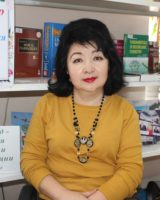 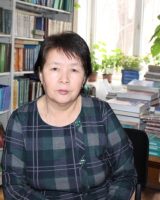 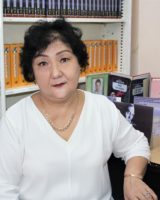 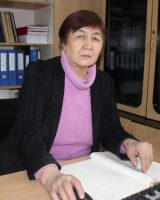 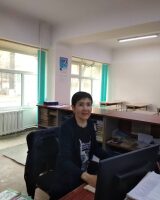 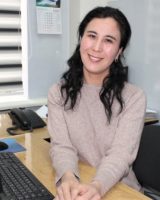 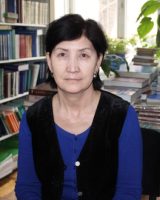 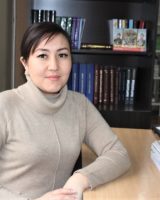 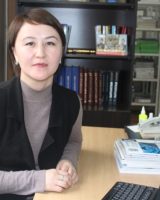 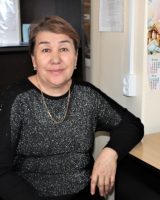 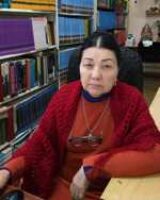 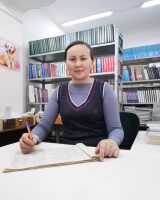 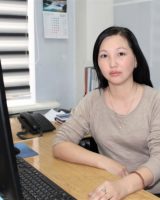 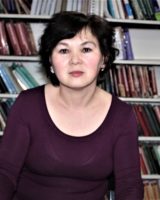 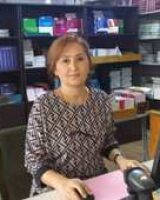 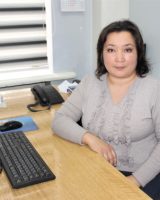 KSMA library was founded in 1939.  At the origins of the library stood L. M. Lappa-Danilevskaya, N. A.Rutkovskaya, V. R. Goncharova, S. M. Boking and others, the basis for which was the base of the library of the doctor's House,  At that time the library Fund consisted of 11936 books, brochures and magazines.

For 30 years, the head was Zoya Kadyrovna Mustayeva, who made a huge contribution to the development of the library.

Since 1989, the library was headed by V. Goncharova.

In 2002, the library was headed by S.Myrzabekova.

In 2005 in KSMA was created an electronic library.

Since 2007 the library was headed by an experienced specialist of library business Sulaymankulova B., she was awarded the title of "Excellence in Education of the Kyrgyz Repulic." On the initiative of Sulaymankulova B. In 2009 the electronic library was transferred into the library   by the decision of the Commission of KSMA in order to improve the service of readers.

Since 2009 the head of the library was appointed Imankulova J.J.

In 2010 were created information-librarian complex is headed by Karasheva N. T., the structure included a library, electronic library, the Department of system and technical support and the sector of technical training.

In 2014, in the library was installed IRBIS-64, which allowed to automate the cataloging.

In 2015 for more complete access to electronic resources of users of KSMA library was created its own official website: library.kgma.kg. The site contains information about new arrivals of printed publications. The library website provides remote access to full-text databases of textbooks, teaching materials.

Since 2016, in connection with the reorganization of the information and library complex, the library has become an independent structural unit, which included an electronic library.

Since 2017 the head of the library was appointed Ibraimova G.D.

In 2017 at the morphological building was opened a reading room.

In 2018 in the student campus namedafter I. K. Akylbekov in Tash-Dobo viliage were opened Library and reading room  for readers of the Faculty for Foreign Citizens with English language teaching, specialization "General Medicine".

In 2019 was opened an electronic library in the morphological building.

In 2021 at the morphological building was opened a new reading room. Currently, the library has more than 620 000 copies of various documents, most of which are medical textbooks.

Fund subscription service for readers of the medical faculty with English language training more than 16000 copies.

The Fund of the electronic library is more than 6200 textbooks, teaching materials, videos. Ebook READER e-books are available in the student library.

Braille textbooks are available for beneficiary students. To convert the work into a copy of the available format is installed the program, which calles “Balabolka”.

In the library the service of readers is carried out on 7 subscriptions, in 7 reading rooms for 278 seats in the main building, in the dental center, in the morphological building, in the 4th academic building, in the student campus named I. K. Akylbekova, in 3 halls of electronic resources for 39 seats. Every year library workers serve more than 215 thousand users and issue more than 360 thousand different types of publications.

For more complete access to electronic resources of users of the KSMA library,  was created the library's own official website   library.kgma.kg.

The site contains information about new arrivals of printed publications.

Login - Full name of the reader

Structural divisions of the library

2. The sector of electronic resources