On April 15, 2021, the Fifth Games of Pediatricians were held in the Medical Academy of Kyrgyzstan as part of the Days of Science-2021. The organizers of the Olympiad are colleagues of the Department of Faculty Pediatrics in the person of the Vice-Rector for Academic Affairs, Professor Erkin Alymbaev. The participants of the Games were warmly welcomed by the Rector of KSMA: Professor Indira Kudaibergenova, Academician Duishe Kudayarov, Director of the National Center for Maternal and Child Health Kamchybek Uzakbaev, Dean of KRSU, Professor Anes Zarifyan, Vice-rector for Scientific and Medical Work Andrey Sopuev.

Four teams participated in the Games: KSMA, KRSU and NCMandCH, KazNMU (the Astana team trained online formats). According to the results of the intellectual competition, the first place was taken by the NCMandCH team, the second place was taken by the KRSU team, and the third place was taken by the KSMA team. All teams are placed together with medals and cash prizes in the proportion of 10 thousand soms. The Olympiad included: solving situational problems, in the form of scientific battles. Each scientific battle consisted of four actions, during one action each team lost in one of the roles-the speaker, the opponent, the reviewer and the observers with the last change of roles, also indicative results, a video business card of the teams and a relay race that should not only intelligence but also speed. The jury members conceded-Chernysheva Elena Alekseevna, Beishebaeva Nasira Adylbekovna, Zhekshenova Ainura Artykbayevna, Naritsina Lyudmila Mikhailovna and Sulaimanov Shayyrbek Alibaevich. 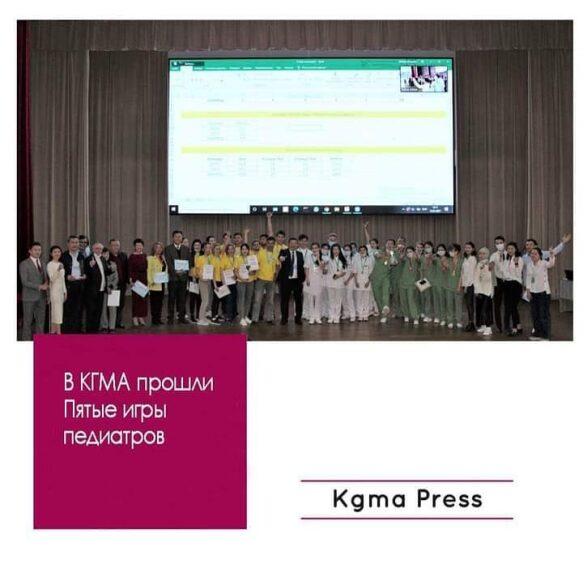 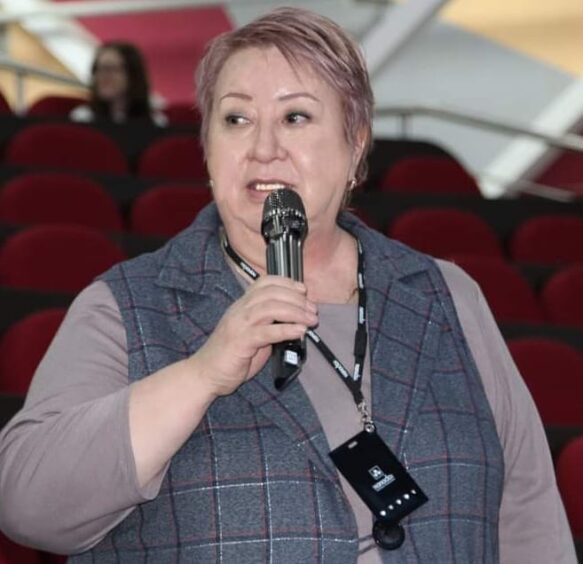 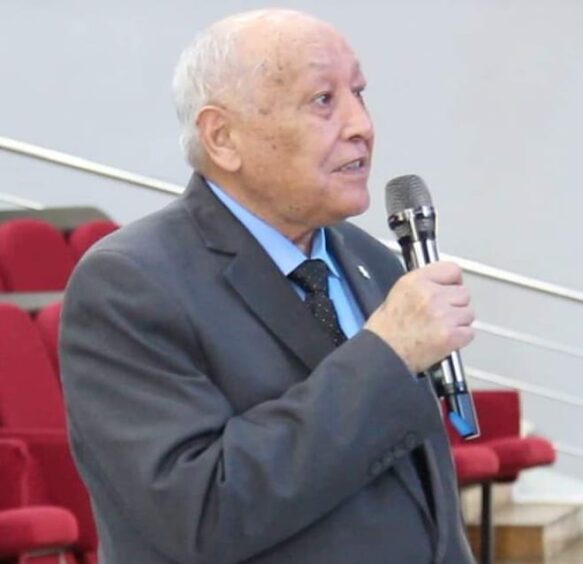 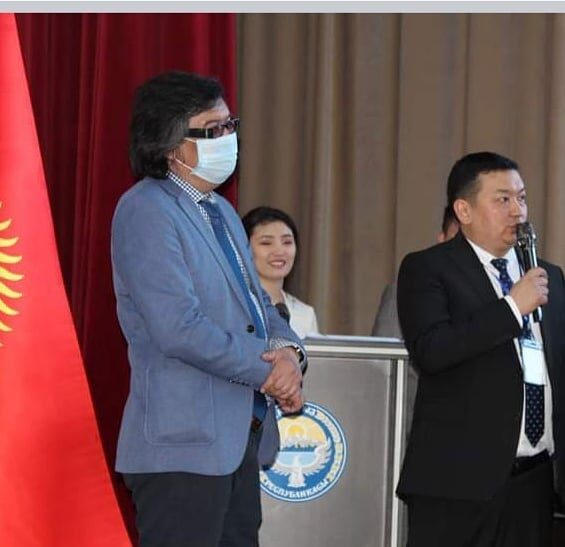 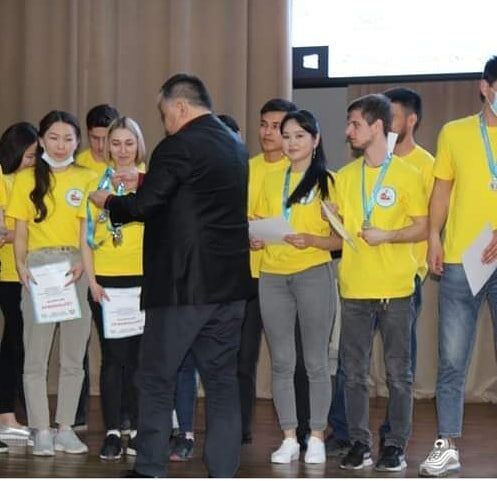 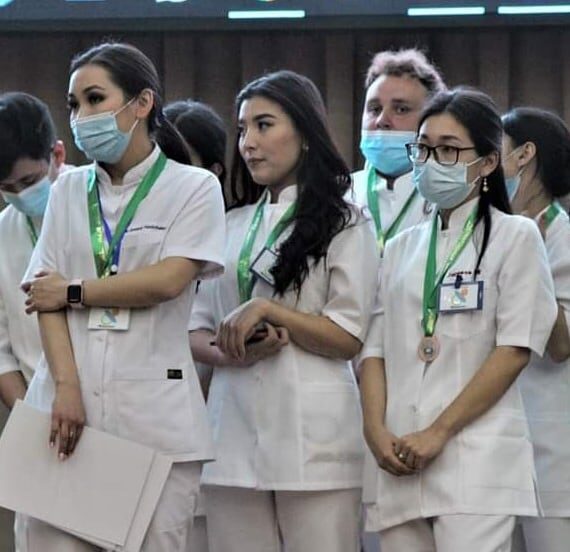 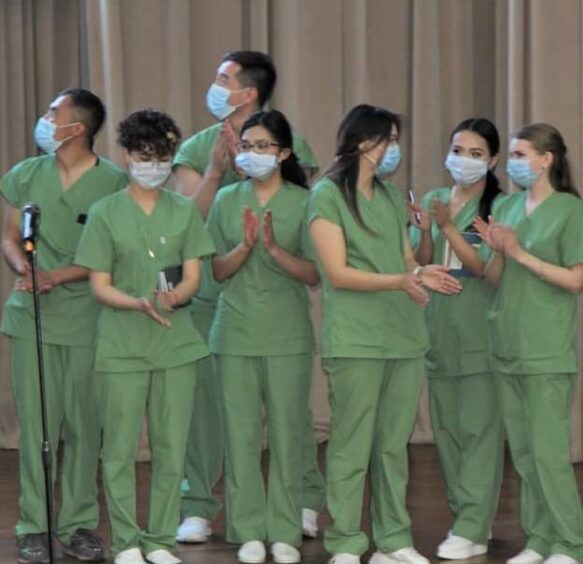 OLYMPIAD IN OBSTETRICS AND GYNECOLOGY

On April 8, the first interuniversity Olympiad in Obstetrics and gynecology was held at the Medical Academy, dedicated to the memory of Doctor of Medical Sciences, Professor Ch. K. Kalkanbaeva. Only 5 teams participated in the Olympiad, including 4 teams from KSMA and 1 from the Kyrgyz-Russian Slavic University. The event was organized by the Department of Obstetrics and Gynecology No. 2 and the Student Council of KSMU. The Olympiad was opened by the rector of the I. K. Akhunbaev Kyrgyz State Medical Academy, MD, Professor Indira Kudaibergenova. It should be noted that the guests of the interuniversity Olympiad were:Management of Human Resources and organizational work of the Ministry of Health of the Kyrgyz Republic A. Boobekova, Chief Physician of the KMH No. 2 M.Kerimalieva, chief physician of CHOORD Sh.Uzagalieva. 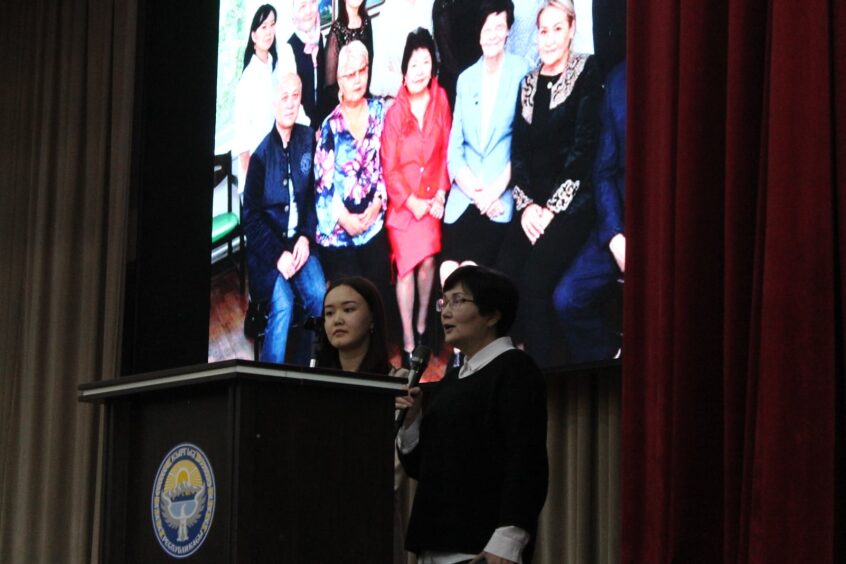 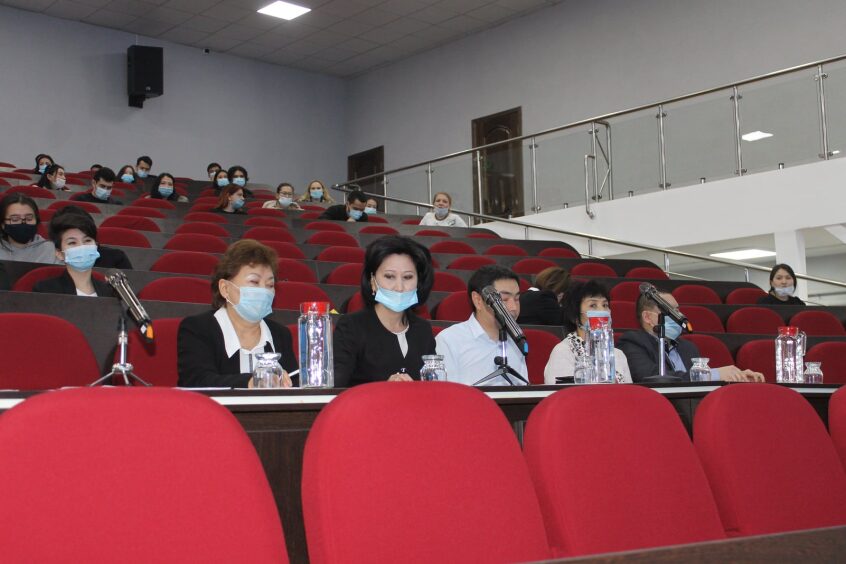 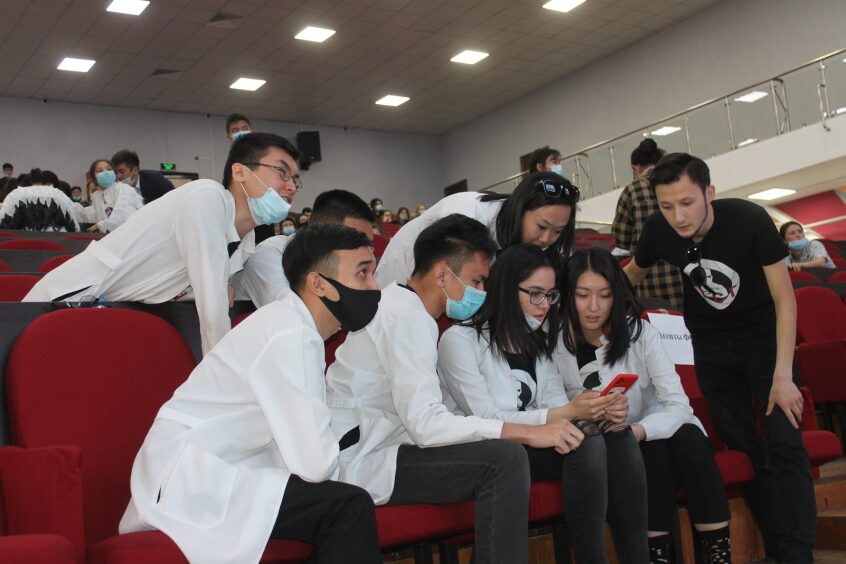 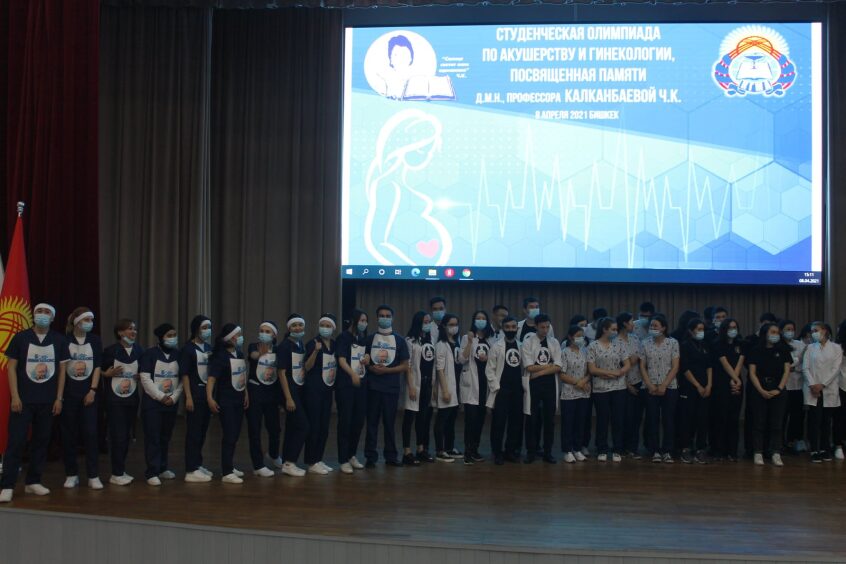 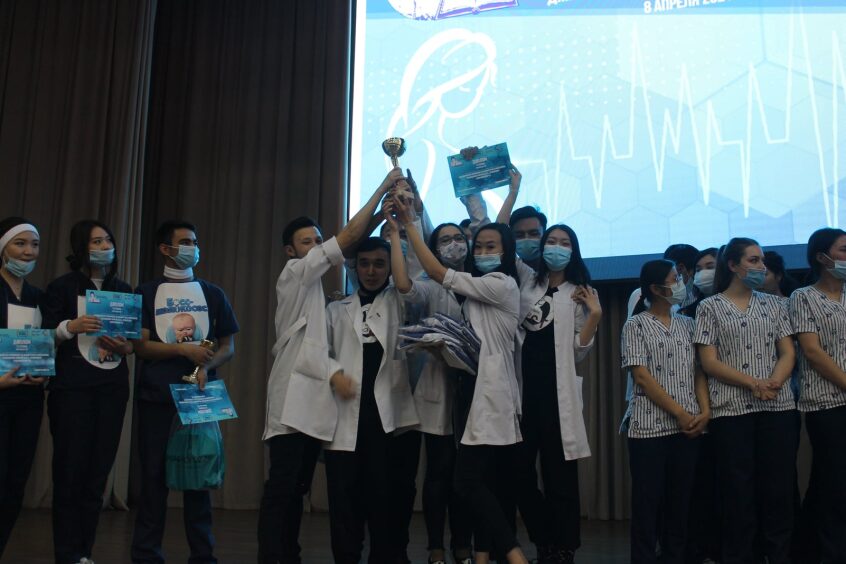 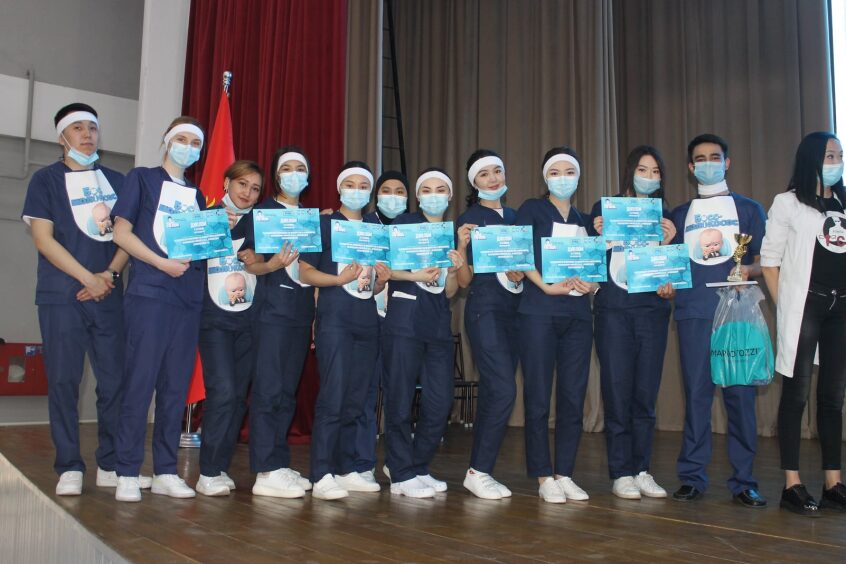 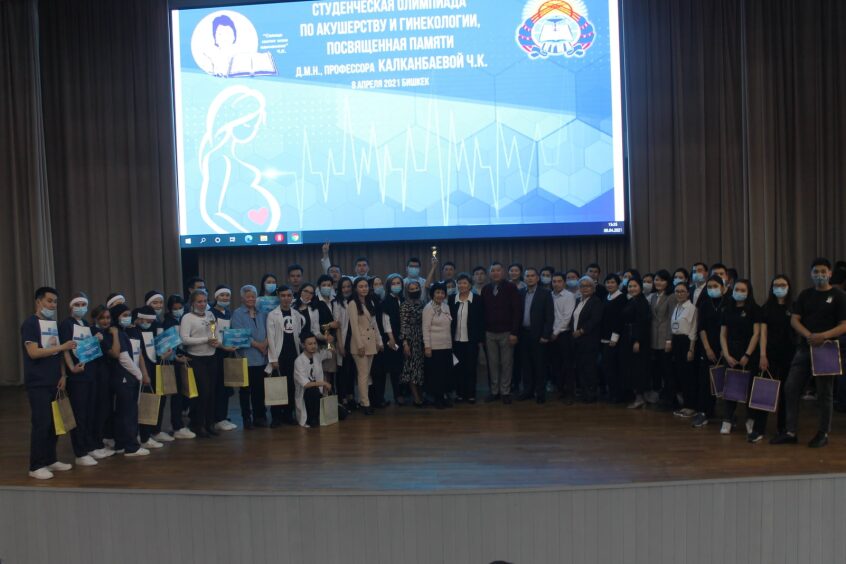 On April 9, 2021, the First Online Olympiad in Dermatology among third-year students of the Faculty of "General Medicine with English language training"was held in the Central Educational Institution of the I. K. Akhunbaev KSMA. The Olympiad was organized by the staff of the Department of Dermatovenerology-Ainura Shakirova, Aiza Khalikova, Kurmanzhan Zamirbekova, Kunduzkan Kainazarova, headed by the head of the department, MD, Associate Professor, Asel Koibagarova.

It should be noted that the jury included the Dean of the Faculty of GMELT:candidate of Medical Sciences Ainura Jumanalieva, Director of the Distance Learning and Professional Development Center: Professor Taalai Umetov, Head of the Department of "Dermatovenerology": MD Associate Professor Assel Koibagarova, Assistant of the Department of Dermatovenerology:Ainura Shakirova.

The Olympiad consisted of three rounds: tests, a crossword puzzle, and situational problems with photos. In total, 22 teams of 5-6 people participated in the Olympiad with their own presentation videos.According to the results of the Olympiad, the winners of the I-IV places received certificates and were awarded with appropriate bonuses. 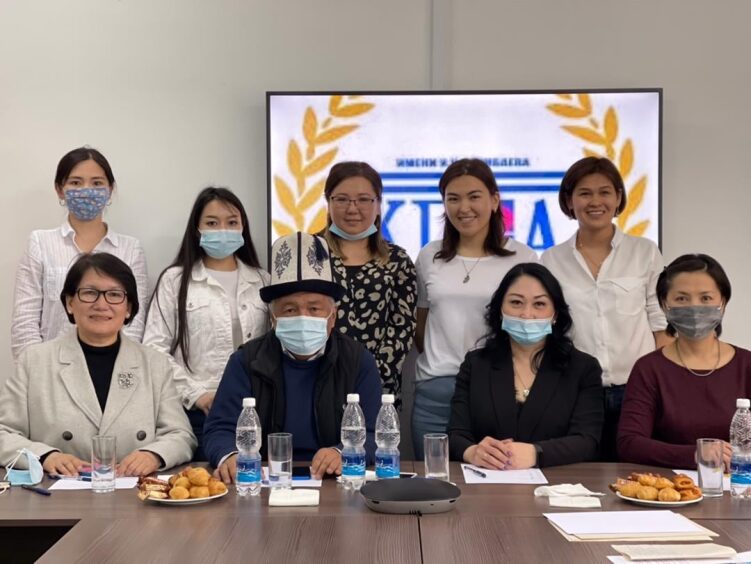 On March 27, the first inter-faculty Olympiad in Radiation Diagnostics was held, in which the teams "Liver"(Faculty of GM2, course 3), "Irina neKairatovna" (Faculty of GM1, course 5), "Radiologist of my mother's friend"(Faculty of GM1, course 5), "Fifth Element" (Faculty of GM1, course 5) and "Visipak"( Faculty of MPC, course 4) took part. The event began with the words of parting words from the Head of the Department of Radiation Diagnostics, PhD, Associate Professor Kadyrova Aliya Ashimbekovna. Each performance of the students was distinguished by its uniqueness, originality and creative approach to the tasks. The test of knowledge on various methods of research in radiation diagnostics passed with dignity. The first place was taken by the team "Irina Nekairatovna". The second place was taken by the team "Vizipak". The third is "Element 5". 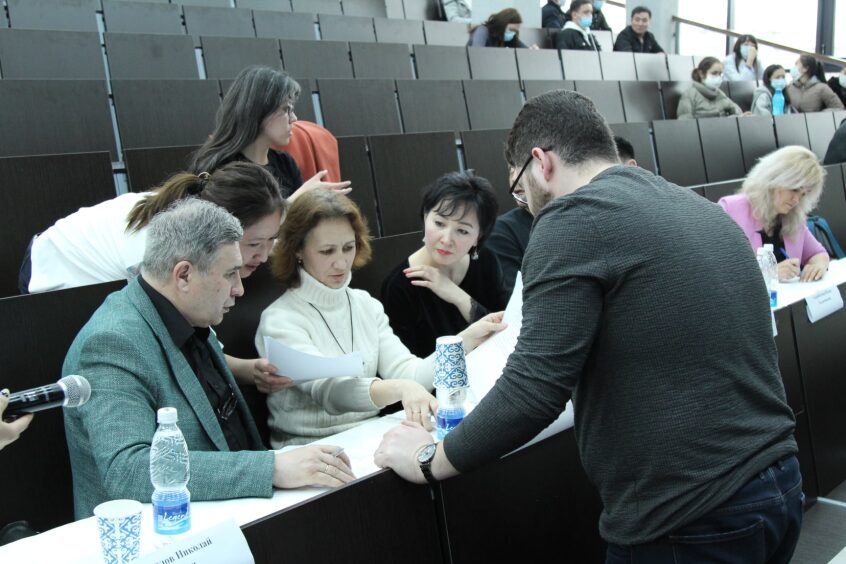 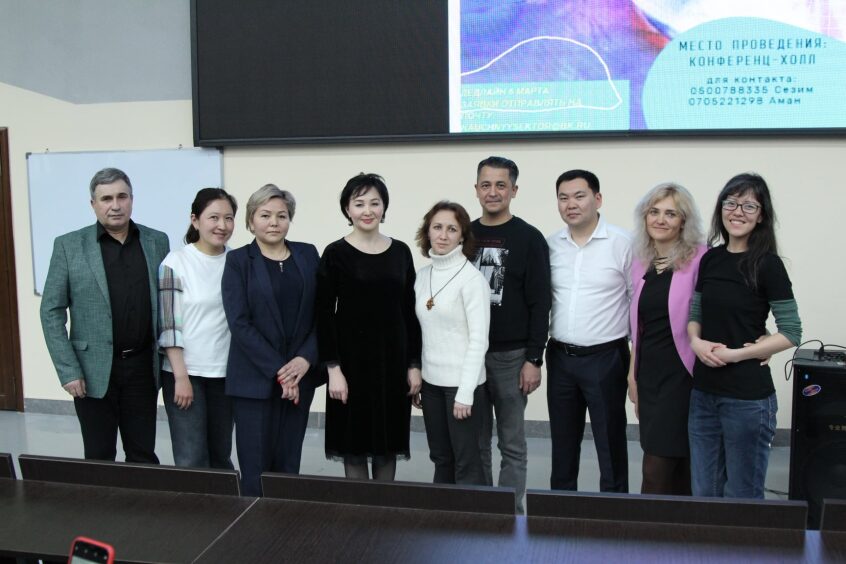 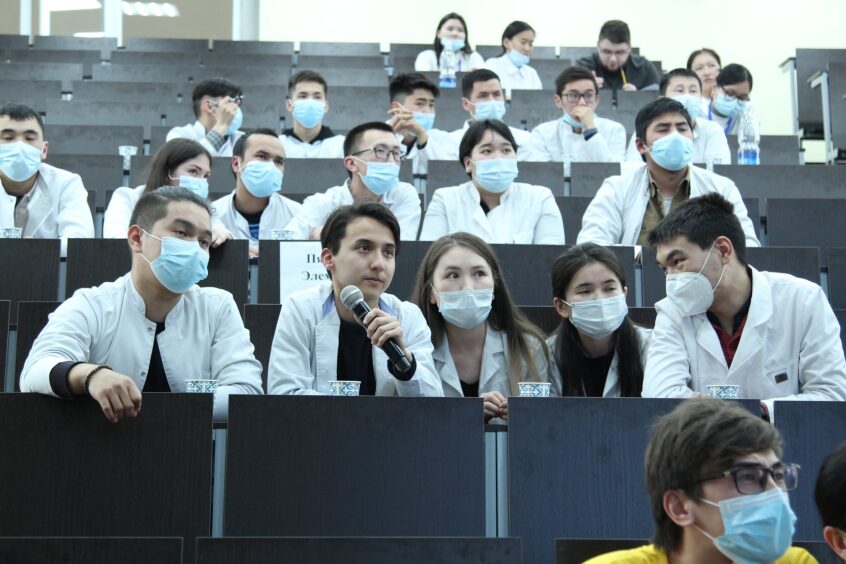 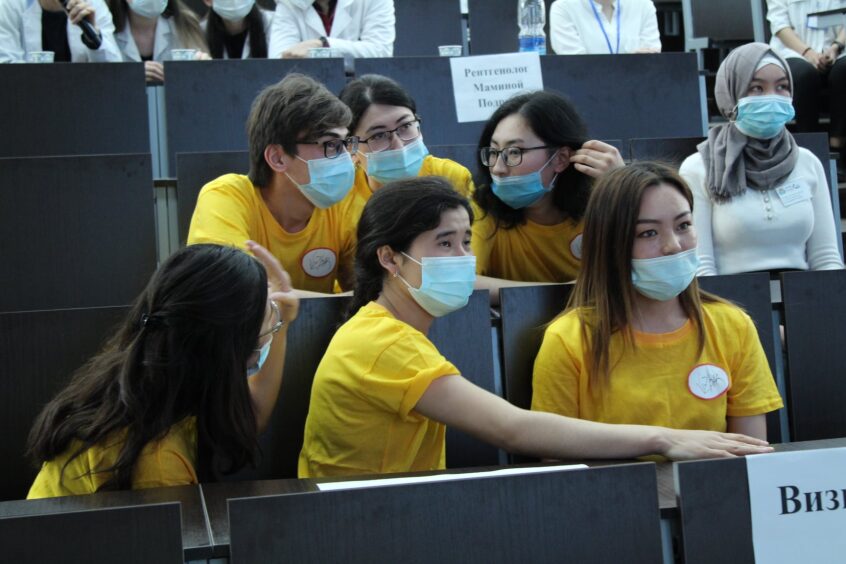 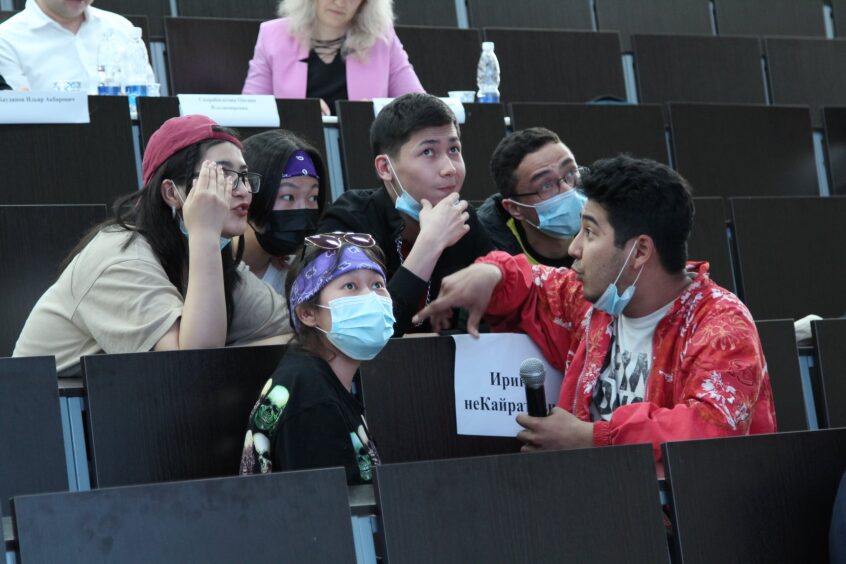 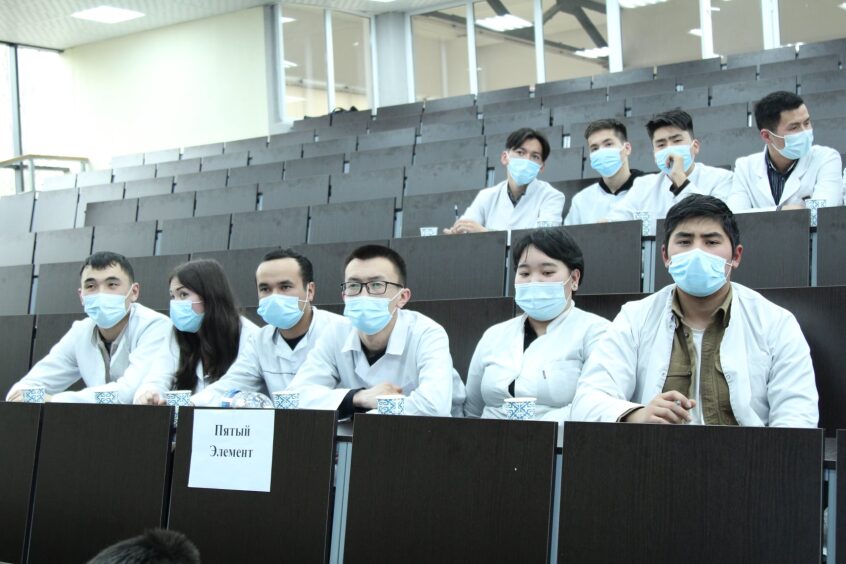 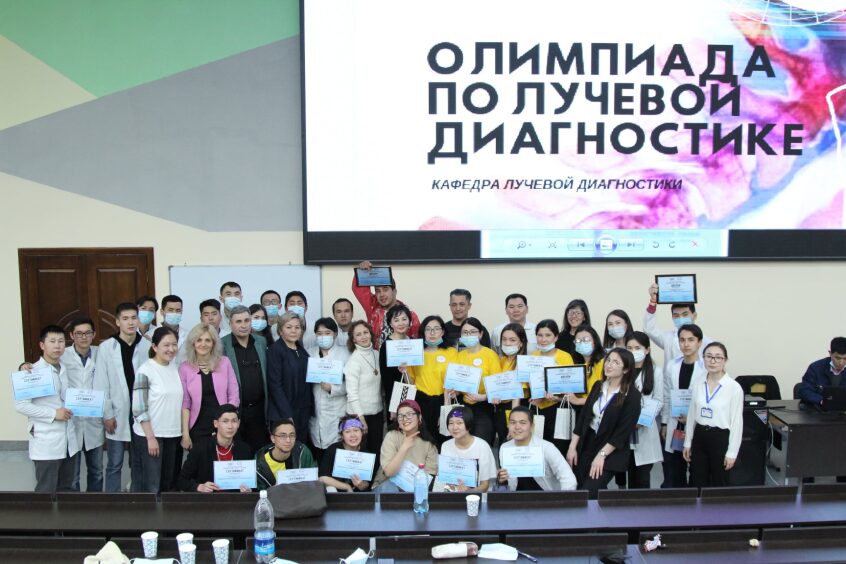