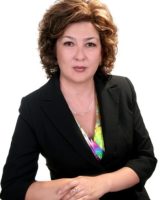 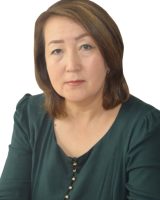 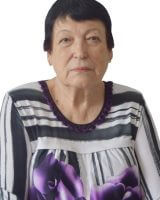 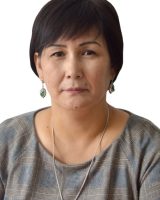 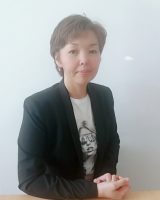 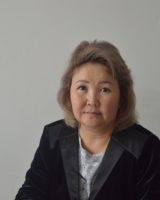 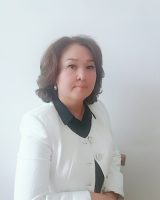 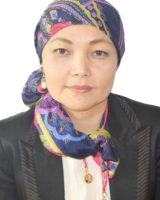 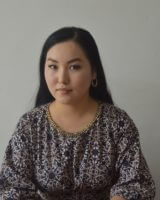 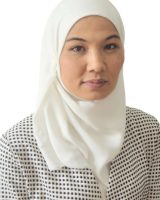 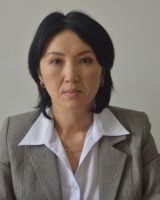 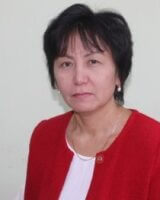 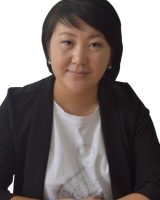 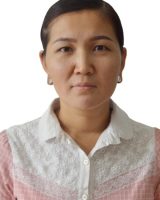 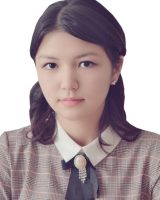 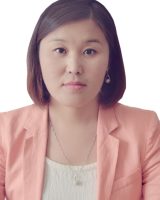 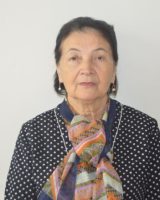 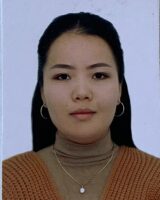 From February 1, 1945-1963, the department was headed by doctor of medical sciences, professor Konopelko Kuzma Gavrilovich-participant of the Second World War. Subsequently, the Department of Biochemistry in the period from 1963 to 1986 was headed by doctor of medical sciences, professor Kopytin B.M. Professor B.M. Kopytin graduated from the 1st Moscow Medical Institute in 1944, then graduated from the graduate school at the Department of Pathological Physiology, Institute of Experimental Biology, Academy of Medical Sciences of the USSR. During his work at KSMI Professor B.M. Kopytin published more than 100 scientific papers, prepared 5 candidates of sciences, among them the assistant professor Kuchuk E.M., the assistant professor Bozumova K.A. He was awarded the title of Honored Worker of Public Education of the USSR, as well as an outstanding public health worker of the Kyrgyz SSR. 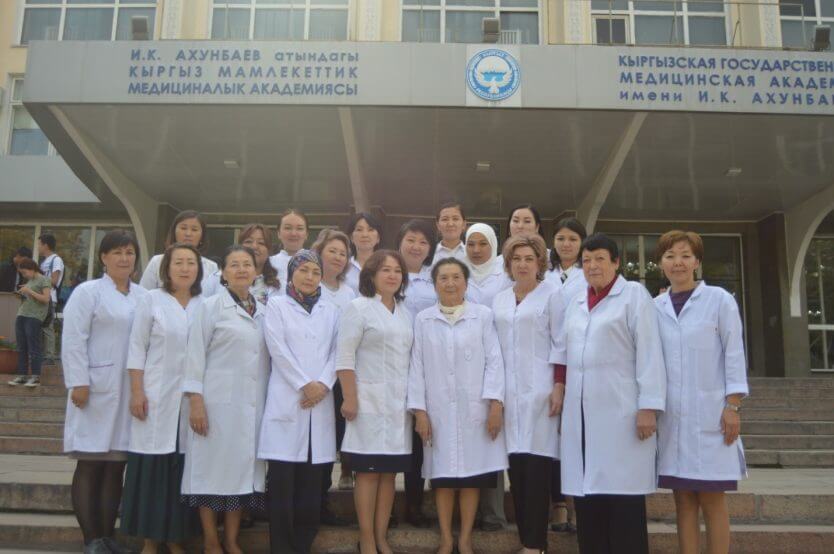 From September 2005 to 2009, the Head of the Department was assistant professor, candidate of biological sciences Bozumova Kulyai Asanovna and professor-consultant was doctor of biochemical sciences, academician of NAS of the KR, professor Aldashev A.A.

A large, invaluable contribution to the establishment of the department and to the training of medical personnel was made by: Slatvitsky S. Ye., Dzhunusov A. D., Begaliev T. B., Abykeev K. A., Stvanochuk I. A., Botonbekova A. B., Sultanova K. S., Ismanova Z. B. For the significant contribution of national education and science of the republic in the preparation of highly qualified specialists professor Zh.A. Adenov was awarded the Certificate of Honor of the Kyrgyz Republic, in 2010 he was awarded the title of Honored Educational Worker of the Kyrgyz Republic, and professor Pischugin F.V. was awarded the Certificate of Honor of the NAS of the KR. In 2012, the Department of Biological Chemistry has been integrated with the Department of General and Bioorganic Chemistry into one department of Fundamental Disciplines. In July 2016, the department has been renamed into the Department of Biochemistry with a course of General and Bioorganic Chemistry and in the same year as a head of the department was appointed assistant professor Zh.A. Makhmudova. She defended her doctoral dissertation on 29.11.2016, theme of dissertation is “Cardiospecific enzymes, as markers of the features of the course of cardiac necrosis in highlands”, which was approved by the Presidium of the Higher Attestation Commission of the Kyrgyz Republic. 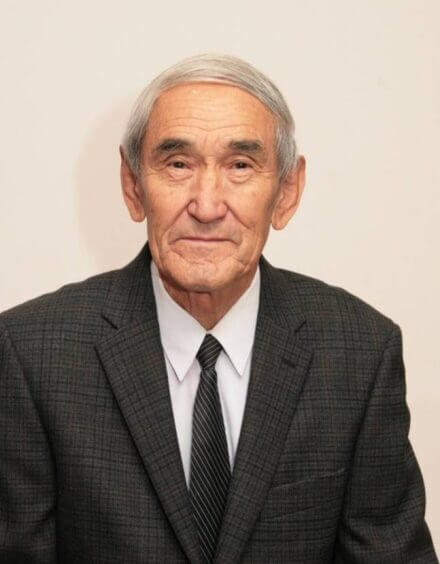 Doctor of Medical Sciences, Professor, Excellence in Public Health of the USSR, Honored Health Worker of the Kyrgyz SSR

Made a great contribution to the formation of the department and in the training of doctors. At present, the department has been named after Professor A.J. Dzhumaliev.

Dzhumaliev A.J. specialist in the field of biochemistry, physiology and pathology of metabolism in high mountains. Topic of doctoral work: " Особенности патогенеза и проявлений аллоксанового диабета в условиях высокогорной адаптации и деадаптации организма " He was engaged in the study in the experiment of the peculiarities of the pathogenesis of radiation sickness and diabetes mellitus in the high condition of mountains of Kyrgyzstan.

The department trains students of all faculties in three languages: Russian, Kyrgyz and English, and as well as students of the faculties of Department of Evening Studies. Classes are held in three programs: 1) General Medicine and Pediatrics, 2) Dentistry and 3) Pharmacy. Each class contains specialized sections: metabolic features in children, oral biochemistry and xenobiotic metabolism. Members of the department are teaching clinical biochemistry for third-year students of the medical faculty in cycles. There is a literary search for the initiative theme “The course of catecholamine cardionecrosis in conditions of adaptation to lowlands in animals and the scientific substantiation of its pharmacological patience in the experiment”. Professor Pischugin F.V. conducts research work on the theme “Synthesis of biologically active and medicinal preparations”. Senior teacher Abdyldaeva N.E. engaged in research work “Synthesis and physico-chemical study of coordination compounds of salts of bivalent metals with 1, 2, 4- triazole”, for the degree of candidate of chemical sciences. Teacher Askalieva N.R. defended her thesis on the topic “Synthesis of the study of the properties and structure of metal complexes of anthranilic acid”. Lecturer Bekturganova A.O. works on the research work “Morphofunctional changes in leukocytes of the peripheral blood of the human and animal organism during adaptation and maladaptation to the conditions of high mountains”. Employees of the department also publish scientific articles in scientific journals of Kyrgyzstan and the near and far abroad countries. Members of the student scientific society regularly make presentations at scientific, scientific and practical conferences in the Kyrgyz Republic and abroad. 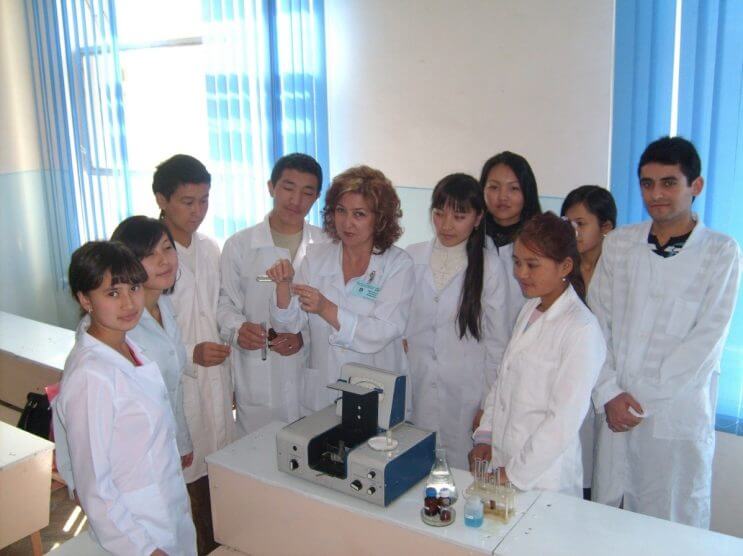 The Department produces manuals on topical issues of biochemistry and chemistry, which contains modern information on the course of biochemical processes in the normal and pathology, new data on the mechanisms of influence of various external and internal factors on human metabolism.

Curatorial work at the Department is carried out according to the plan by all teachers. Curatorial hours are held. Our Department oversees the Faculty Of General medicine No.2. Students of the 1st course of the  faculty always held A JDate event under the guidance of a senior curator and curators. Also, the curators organize trips with students to the orphanage in the village of Belovodskoye. The Department takes an active part in the activities of KSMA lsuch as “Nooruz”, “Victory day”, “Dedication to students”. 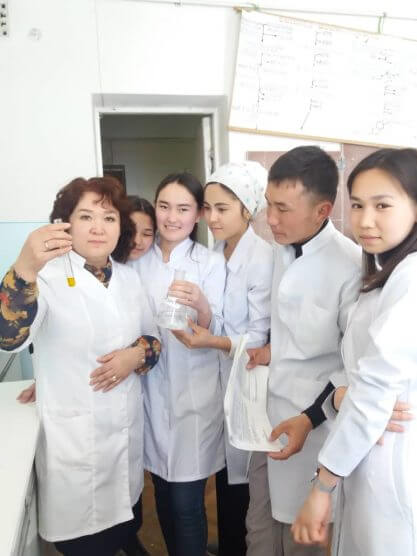 During the laboratory classes on "Substrates of the Krebs Cycle» 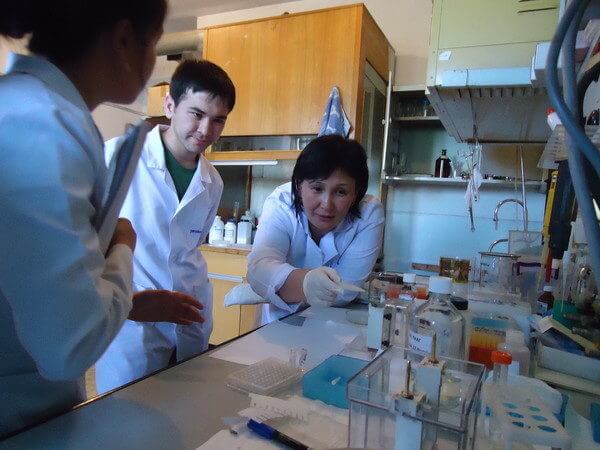 Currently the Department is doing a search of materials for the initiative theme "Catecholamine of cardiocross in terms of rehabilitation of animals in the lowlands, and the scientific rationale of pharmacotherpy in the experiment”.

Senior teacher Nurzat Abdyldaeva engaged in research work "Synthesis of amides of the acids in ternary systems from allienated, salts of some transition metals" for the degree of candidate of chemical Sciences.

Teacher Nurgul Askalieva has defended her thesis on “Synthesis of research of properties and structure of metal complexes of Anthranilic acid”.

Teacher Asel Bekturganova engaged in research work on “Morphofunctional changes in leukocytes of peripheral blood of the human body and animals in adaptation and deadaptation to the conditions of the highlands.” 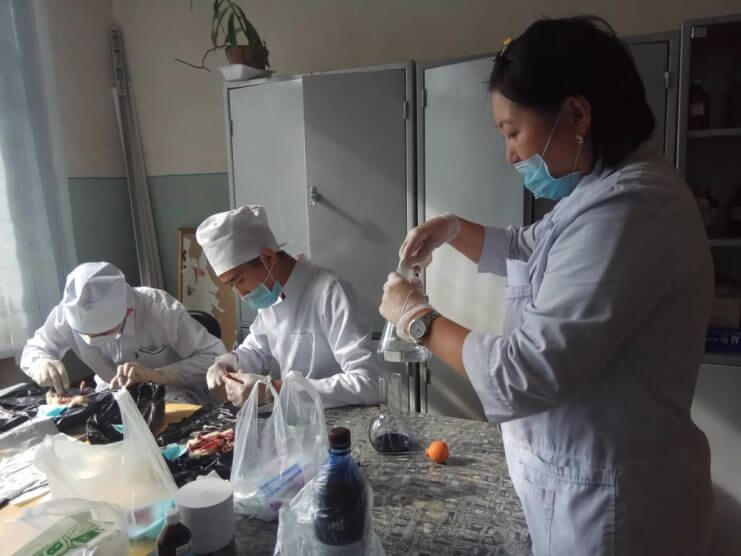 During the scientific experiment, Asel bekturganova During research work at the Institute of chemistry of NAS KR, candidate of Chemistry, teacher Zhyldyz Berdalievaк.х.н. 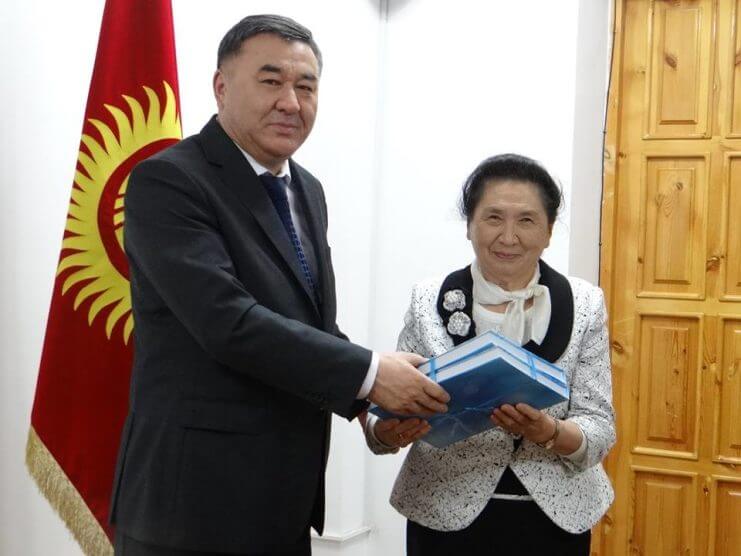 Deputy Minister of Education and Science Kudayberdi Kozhobekov handing the books on Biochemistry to the authors, May 16, 2018 The Ministry of education and science issued and presented a textbook "Biochemistry" in Kyrgyz language. The authors Bozumova K. A., Turdubekova A. S., Diusheeva B. M., and Baatyrova N. The textbook was released as part of the “National programme for the development of the state language and improvement of language policy in the Kyrgyz Republic in 2015-2020”