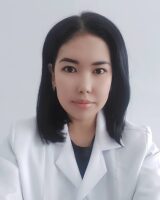 Position:
head teacher of the department 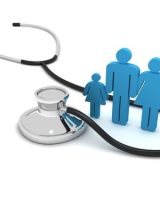 Department staff
Head of the department 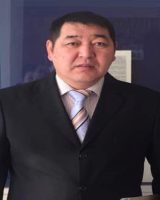 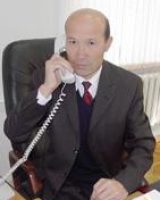 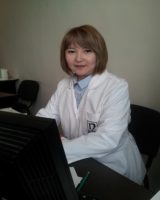 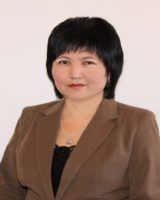 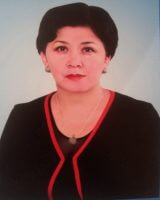 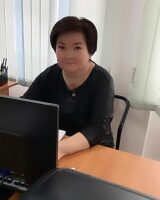 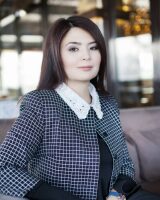 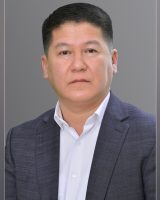 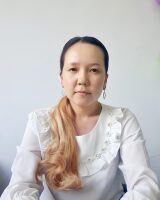 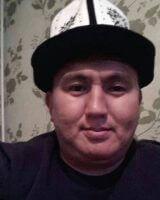 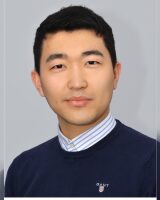 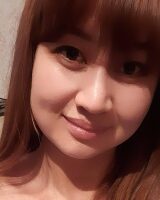 The department was founded by Associate Professor Stepan Zinovievich Tkachenko (1942), who worked until 1944 - these were the most difficult years of the department's formation.

From 1944 to 1945, the head of the department was Stepan Ksenofontovich Lobyntsev, candidate of medical sciences. He paid a lot of attention to the development of health care in Kyrgyzstan.

From 1945 to 1953, the department was headed by a wonderful teacher, candidate of medical sciences, associate professor Ivan Vasilyevich Alfimov. In the postwar years, I.V. Alfimov carried out a great work to identify and organize assistance to patients suffering from eye pathologies.

The head of the department from 1953 to 1987 was the Honored Scientist, Honored Doctor, Excellent Healthcare Worker, Doctor of Medical Sciences, Professor Akmatbek Aydaralievich Aidaraliev. 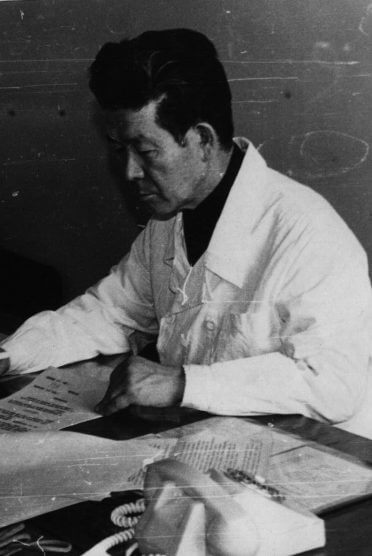 After graduating from an incomplete secondary school, he entered the pedagogical college of the city of Frunze. From 1934 to 1939 he studied at the Tashkent Medical Institute. In 1952 he defended his Ph.D. thesis on the topic "Ocular morbidity of the Dungan population in some regions of the Kyrgyz and Kazakh SSR", and in 1960 a doctoral dissertation on the theme "The main stages of development of health care in the Kyrgyz SSR." Since 1953 - Associate Professor, since 1960 - Professor. Under his supervision, 2 doctoral and 24 candidate dissertations were completed and defended. Professor A.A. Aidaraliev and his students studied many issues of social hygiene and organization of health care, morbidity in the population and measures to prevent them.

In 1954, under his leadership, the Kyrgyz Scientific Medical Historical Society was created. He was repeatedly elected as a deputy to the city and regional Soviets of Working People's Deputies, a member of the regional party committees, and a candidate member of the Central Committee of the Communist Party of Kyrgyzstan.

From 1987 to 1997, the head of the department, Honored Health Worker, Excellence in Health Care, Associate Professor Kashaf Dzhumaevich Abdullin. 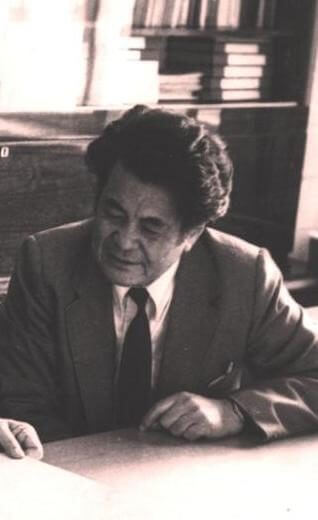 Working under the guidance of Professor A. A. Aidaraliev in 1965, Abdullin K.D. defended his Ph.D. thesis on the topic: "Cardiovascular pathology in the highlands of Kyrgyzstan."

During the management of associate professor K.D. Abdullin, the department dealt with issues of a healthy lifestyle, medical and demographic processes in Kyrgyzstan. He is the author of more than 137 scientific works, including 3 textbooks, scientific supervisor of 3 candidate dissertations. An important achievement of Abdullin K.D. was the creation of the original museum of the history of medicine in the KSMA (1999).

From September 1997 to 2007 the department was headed by Doctor of Medical Sciences, Professor Akynbekov Kuttubek Usenbaevich. From 2001 to 2004 he worked as director of the Institute of Management and Public Health, combining the position of head of the department. 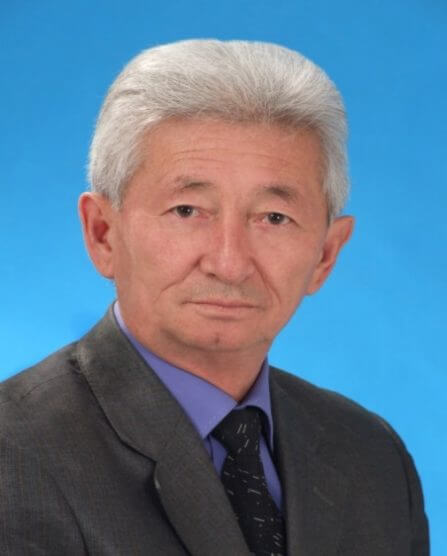 From 2007 to 2011, the duties of the head of the department were associate professor V.S.Toygombaev, professors D.D. Risaliev and M.M.Karatayev.

Since 2016, Doctor of Medical Sciences, Professor Aydarov Ziyabidin Abdiraimovich has been acting as head, and since 2018 became head of the department. In 1996 he defended his Ph.D. thesis on the topic "Correlation relationships of myelopoiesis with the chemical composition of water in the Chui Valley and Tuya-Ashu village." In 2001 he defended his doctoral dissertation on the topic "Reactivity and functional state of the body when drinking water from mountain biohydrochemical provinces of Kyrgyzstan." The academic title "professor" was awarded in 2004. Since 2001 he has been an "Excellent Health Care Worker", has a Certificate of Honor from the Ministry of Education and Science of the Kyrgyz Republic (2004). Prepared 3 candidates of medical sciences. He has published over 80 scientific works, including 3 monographs and 6 guidelines. 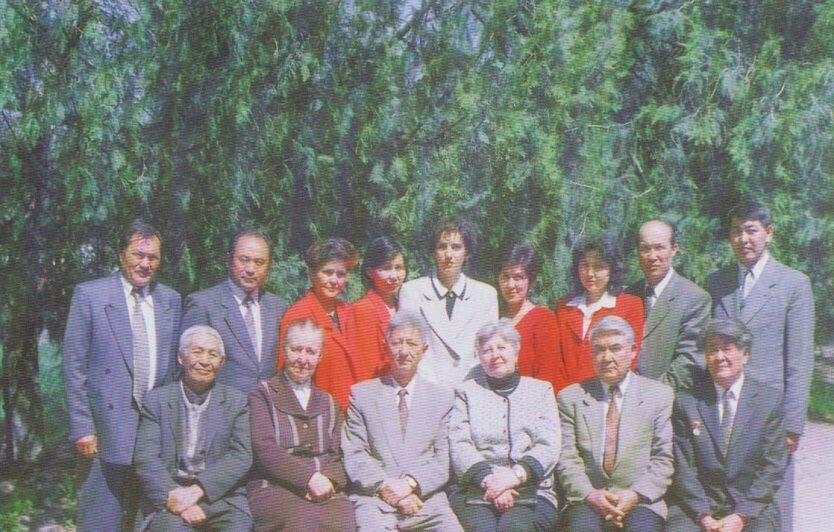 Staff and veterans of the department. Photo 1999 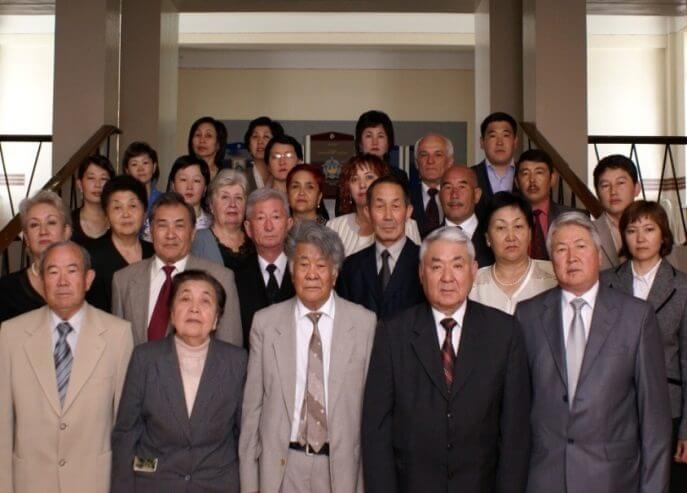 The main direction of the department's scientific activity is the development of strategic and applied aspects of public health and health care in improving the health of the population. Research work is provided by the faculty of the department, as well as doctoral students, graduate students and fellow applicants.

Head of the Department, Doctor of Medical Sciences, Professor Aidarov Ziyabidin Abdiraimovich has been an excellent worker in health care since 2001, has a honorary diploma from the Ministry of Education and Science of the Kyrgyz Republic (2004), prepared 3 candidates of medical sciences, published more than 80 scientific articles, of which 3 monographs and 6 tutorials. Doctor of Medical Sciences, Professor of the Department Madamin Musayevich Karataev has been a Honored Scientist of the Kyrgyz Republic since 2009. In June 2000 he defended his doctoral dissertation at the I.P. Sechenov Moscow Medical Academy. In total, he prepared 14 candidates and 5 doctors of medical sciences, published 170 scientific works, 20 of them monographs and methodological recommendations, member of the editor collegiums of the journal "Health Economics" (Moscow) and the bulletin of the South Kazakhstan Medical Academy.

In total, the academic staff of the department published 377 publications, including 5 monographs, 43 tutorials. The academic staff took part in 38 major international forums, in 7 seminars and trainings. 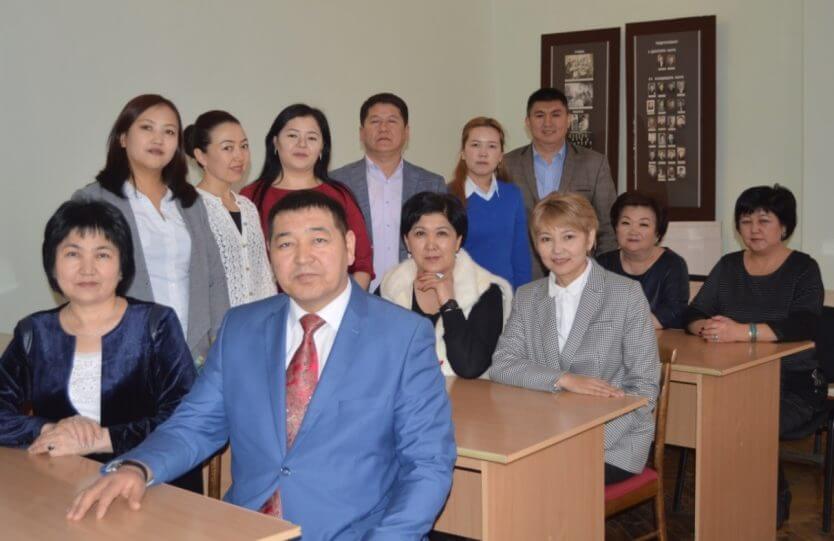 The department strives to broaden international cooperation and annually takes part in educational and scientific grant calls of international organizations and foundations in the following areas of activity:

Every year, the academic staff of the department takes an active part in the Winter and Summer schools of the S. D. Asfendiyarov Kazakh National Medical University.

The Department of Public Health and Healthcare is a partner of UNESCO in the development of educational and scientific activities. Thus, at the initiative of the Department, the Unit group of the International Network of Institutes in the Field of Training in Medical Ethics of the UNESCO Chair in Bioethics at the University of Haifa (Israel) was created in early 2019, with the aim of promoting education in the field of bioethics, developing and improving curricula in bioethics and medical ethics meeting the requirements of medical schools in the world. The Unit group promotes lectures, courses, seminars on bioethics, delivers lectures and courses for various professional communities and the public in general. All activities of the Unit group agree with the principles, rules and guidelines of UNESCO and its Department of Bioethics. 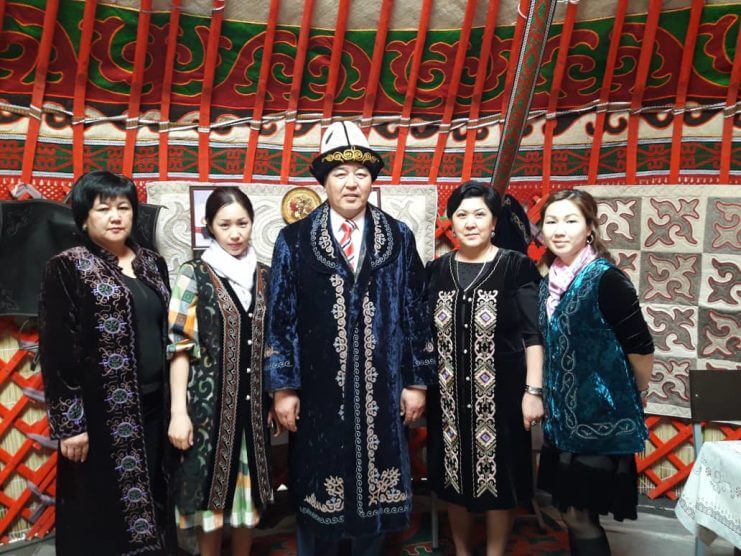