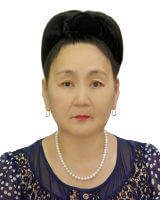 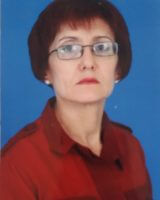 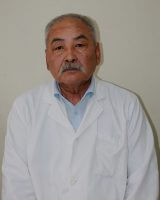 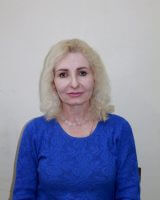 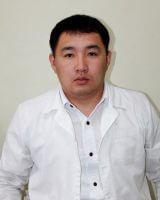 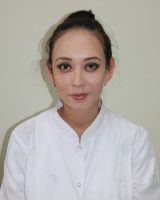 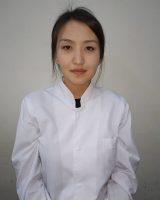 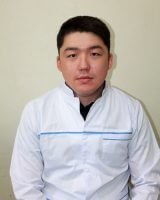 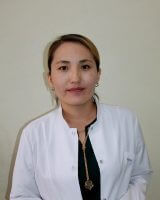 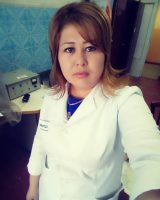 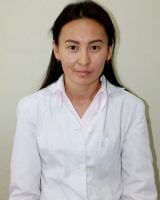 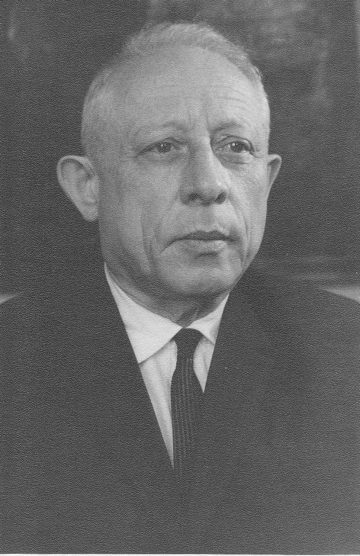 From 1965 to 1982, the department was headed by one of the first graduates of the post – war period-Candidate of Medical Sciences, Associate Professor K. M. Akylbekov. 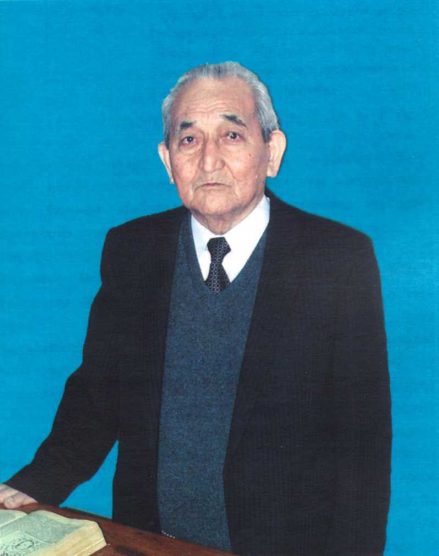 Under his leadership, the department continued the scientific study of the morphology of the endocrine glands (hypothalamic nuclei, pituitary gland, thyroid gland, adrenal glands) in the highlands of Kyrgyzstan (Too-Ashuu pass, 3200 m), the study of the morpho-functional features of the endocrine glands depending on different climatogeographic altitude regions and seasons of the year. 1 doctoral dissertation and 11 PhD dissertations were defended on this topic. 12 scientific collections have been published. As a veteran of labor, Kadyrbek Mambetsadykovich for 58 years of labor, scientific, pedagogical and social activities was awarded the title of "Honored Health Worker of the Kyrgyz Republic" and "Excellent Worker of Public Education of the Kyrgyz Republic".

Since 1982, the department was headed by Associate Professor A. K. Nanaev. Under his editorship, 2 training manuals were published.

From 1985 to 2007, the department was headed by Professor N. N. Zarechnova, who continued her work on the morphology of the endocrine system in the conditions of adaptation and maladjustment to the highlands. About 90 scientific papers, including 2 teaching aids, have been published. Under her leadership, 4 PhD theses were defended.

From 2007 to 2015, the head of the Department of Histology was Associate Professor Zh. A. Sharshembiev.

From 2015 to the present, the Department of Histology, Cytology and Embryology is headed by the Doctor of Medical Sciences, Professor Aidarbekova Z. M., who graduated in 1976 from the target postgraduate school in Leningrad (St. Petersburg, Russia). Under the guidance of world-famous scientists, Academician O. K. Khmelnitsky and academician V. G. Baranov, she defended her PhD thesis on the topic "Morphology of the thyroid gland in experimental alimentary obesity" (1977). 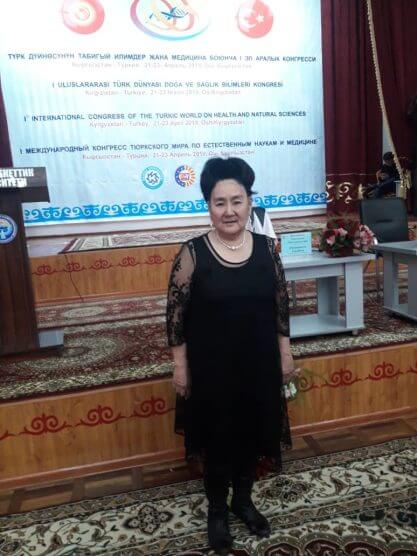 Continuing her scientific work under their guidance, Z. M. Aidarbekova defended her doctoral dissertation in 1998 on the topic "Morphological patterns of ultrastructural adaptive reactions of the kidneys in extreme situations in the conditions of the middle and high mountains", becoming the first doctor of science in Kyrgyzstan in the specialty "histology, cytology and embryology". The entire doctoral dissertation of Professor Z. M. Aidarbekova is presented by electron microscopy of the kidneys in mountain conditions.

Professor Aidarbekova Z. M. is actively engaged in scientific activities. Under her leadership, 1 candidate's thesis was defended, 4 post-graduate students in Kyrgyzstan, 2 candidate's and 2 doctoral works in Kazakhstan are currently being prepared for defense.

Author of about 120 scientific papers, 7 methodological manuals for students, 3 monographs in print.

Professor Aidarbekova Z. M. takes an active part in symposiums, conferences, congresses abroad and in the country. Thus, Professor Aidarbekova Z. M. and PhD student of the Department Keneshov Zh. T. took part in the International Congress of the Turkic World, organized by scientists of Turkey and Kyrgyzstan, held in April 2019 in Osh. She was awarded the Certificate of Honor of the Ministry of Public Health  of the Kyrgyz Republic in 2010, the Certificate of  Honor of the Jogorku Kenesh in 2015.

The scientific direction of the Department of Histology is the study of the electron microscopic structure of internal organs in extreme situations in the conditions of high mountains, middle mountains and low mountains.

Goal.  Histology occupies an important place in the system of medical education and allows us to lay the foundations of a scientific structural-ultrastructural-functional approach to the analysis of the vital activity of the human body in normal conditions.

Objectives: to study the fundamental aspects of histology related to the specificities of the development and structure of the human body at the cellular and ultrastructural levels of organization. 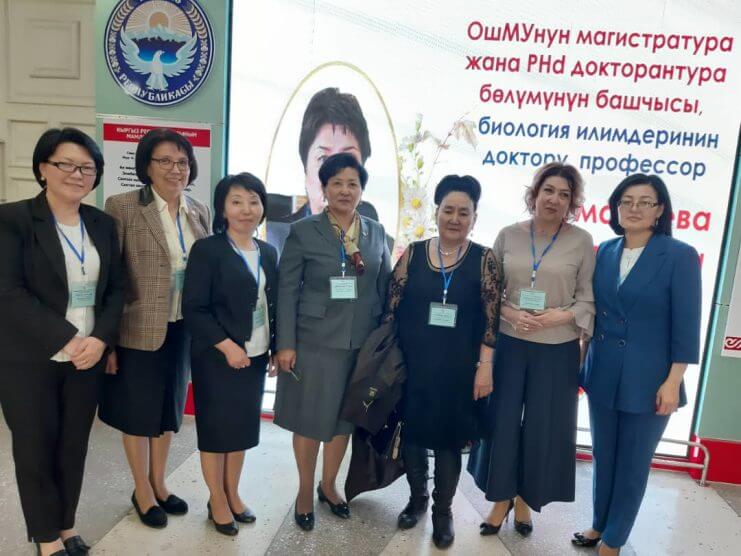 (third from the right). 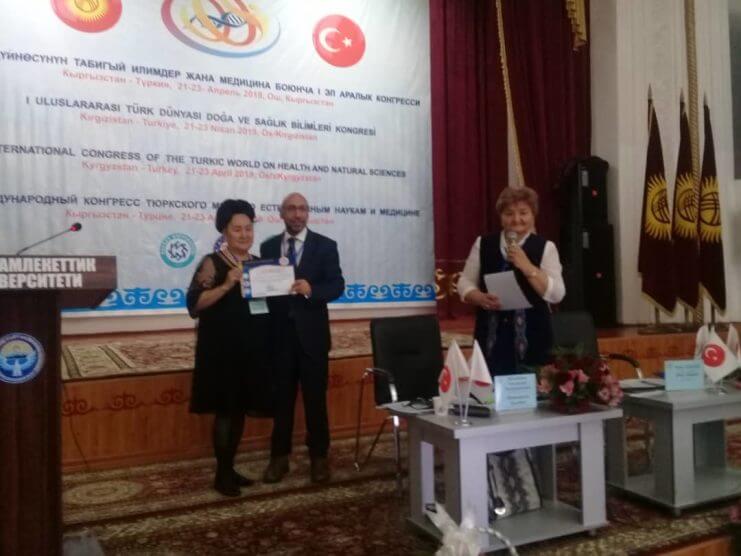 Presentation of the certificate of the participant of the First International Congress of the Turkish World, held on April 21-24, 2019 in Osh by the chairman of the meeting, Professor Omar Atakishi from Turkey. 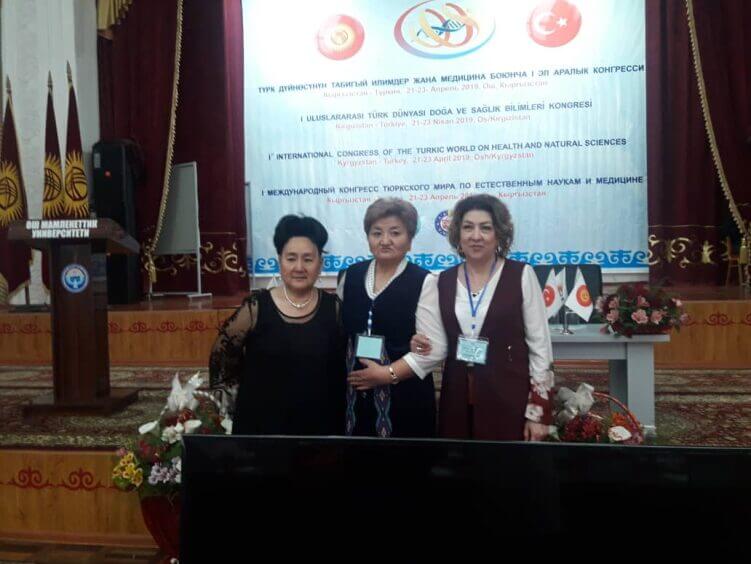 Participants of the First International Congress of the Turkic World, held on April 2124, 2019 in Osh, Professor Aidarbekova Z.M. (first left), one of the organizers of the congress, Professor Jumabaevat., Professor Makhmudova Zh. A. 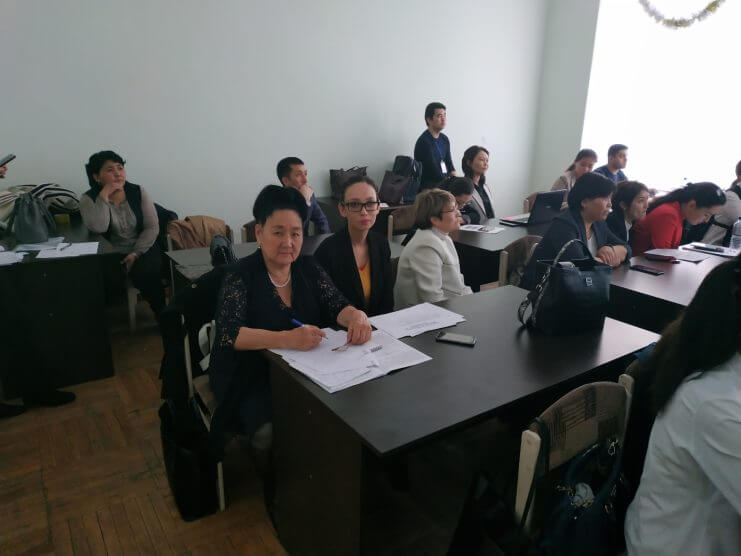