Health "- The next congress of oncologists and radiologists of the CIS and Eurasian countries in 2022 will be held in Kazakhstan, the press service of the CIS Executive Committee reports.

It is planned that the Kazakh side will also chair the CIS Health Cooperation Council in 2022.

The current, twelfth congress of oncologists and radiologists was held on April 7-9 in an online format. This year, the event was dedicated to the 25th anniversary of the Association of Directors of Centers and Institutes of Oncology and Radiology of the CIS Countries (ADIOR). 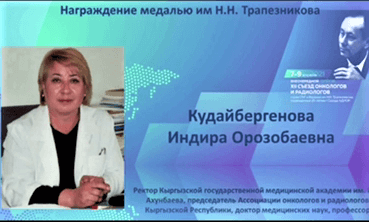 The opening ceremony of the Congress was attended by Chairman of the CIS Health Cooperation Council, Minister of Health of the Republic of Belarus Dmitry Pinevich. He said that the forum is taking place in a difficult epidemiological time, but such a landmark event is very important for the Commonwealth. "We must respond to the global challenges of cancer growth, continue working together to introduce highly effective methods for the diagnosis and treatment of malignancies not only in adults, but, most importantly, in children. In this regard, the Congress is the optimal format for exchanging experience, achievements and scientific discoveries in the field of oncology, "the minister said.

Opening the ceremony, the President of the Association Andrei Kaprin noted that the congress traditionally shows an example of professionalism, dedication, cohesion and friendship. 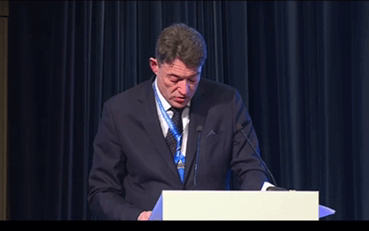 The congress brought together prominent CIS oncologists. In recognition of their merits, Andrei Kaprin presented the N.N.Trapeznikov medals for his contribution to the development of the oncological service:

- Chairman of the Association of Oncologists and Radiologists of Kyrgyzstan, Rector of the Kyrgyz State Medical Academy named after Isa Akhunbayev Indira Kudaibergenova;

-Larisa Katrinic, Director of the Institute of Oncology of the Ministry of Health, Labour and Social Protection of the Republic of Moldova;

-Advisor to the Director General of the National Medical Research Center of Radiology of the Ministry of Health of the Russian Federation, President of the Eastern European Sarcoma Research Group Mammad Aliyev.

Within the framework of the congress, a competition of scientific papers on oncology of young scientists of the CIS member states was held In 2021, the winners of the competition were Denis Borodin (Republic of Belarus) and Anastasia Sitkovskaya (Russian Federation). Akmaral Ainakulova (Republic of Kazakhstan) and Nilufar Mukhamadi (Republic of Tajikistan) also received well-deserved awards.

In honor of the 25th anniversary of ADIOR, the symbol of the Association and Congress was established - "ADIOR Star." This is a passing symbol that will be awarded to representatives of the state hosting the next Congress, said on the release.