Project: "Study of private sector support in achieving Sustainable Development Goals in the field of continuing education and development of state certification for pharmacists in the Kyrgyz Republic"

The project is carried out under the auspices of the JICA project "Support in achieving sustainable development goals in the field of business (support for small and medium-sized businesses)". The content of the project was agreed with the Ministry of Health of the Kyrgyz Republic.

In preparation for the implementation of the project, a Memorandum of Cooperation was signed between KSMA and the Yakuzemi Center for Informative Education.

Discussions were held between representatives of both sides on the content of the pilot test exam: the list of disciplines included in the testing, the compliance of the tests submitted by Yakuzemi with the educational programs of the Faculty of Pharmacy of medical universities of the Kyrgyz Republic, and their possible adaptation for students of pharmaceutical faculties of universities of the Kyrgyz Republic.

To work on the substantive part of the test tasks, their selection for pilot testing, a working group of teachers from the departments of KSMA was created. The working group conducted an academic review of the submitted test questions in order to adapt them to the educational programs of the Faculty of Pharmacy of KSMA.As a result, a database of 300 tests was created.

04.11.2019 by Order No. 1113 of 04.11.19, 5th year students took part in a pilot computer testing. During the day, according to the schedule, each student answered 100 tests in three sections "Physics, Chemistry", "Pharmacology, Pathology", "Biochemistry, Pharmacy". As a result, each student answered 300 tests.

Preliminary test results were presented in a report to the Vice-Rector for Academic Affairs of KSMU, Prof. Alymbaev E.Sh. and the participants of the working group. It was noted that approaches to training, the formation of test questions differ in KSMAA and in universities in Japan. Intentions were expressed on the part of the administration of KSMU about the possibility of further cooperation on the introduction of similar independent testing among graduates of other faculties of KSMU. The teachers of the departments also noted the desire for further cooperation in terms of mastering the methodology of drawing up test tasks, the exchange of educational programs, educational literature.

On November 22, 2019, a meeting with JICA representatives was held at the JICA office (Bishkek) to discuss the report on the pilot test exam for 5th-year students of the Faculty of Pharmacy of KSMU, a joint project of the Ministry of Health, JICA and the Yakuzemi Center for Informative Education "Continuing Education and development of the state exam for pharmacists in the Kyrgyz Republic" and proposals for the second component of this project (postgraduate education). At the meeting, the Ministry of Health of the Kyrgyz Republic proposed directions for further cooperation, including the development of professional standards in the healthcare system.

Issues of further cooperation are under consideration by the JICA project.

In December 2019, representatives of the Center for Informative Education Yakuzemi Matsuno Yoshinori and Nakajima Daiske took part in the round table "Reforms of pharmaceutical education in the Kyrgyz Republic", organized at the initiative of the coordinator and Chairman of UMPC "Pharmacy" when discussing the draft of a new state educational standard in the specialty "Pharmacy" and expressed their intention to take an active part in this direction.

List of teachers who were part of the working group on academic verification of test assignments (June-October 2019): 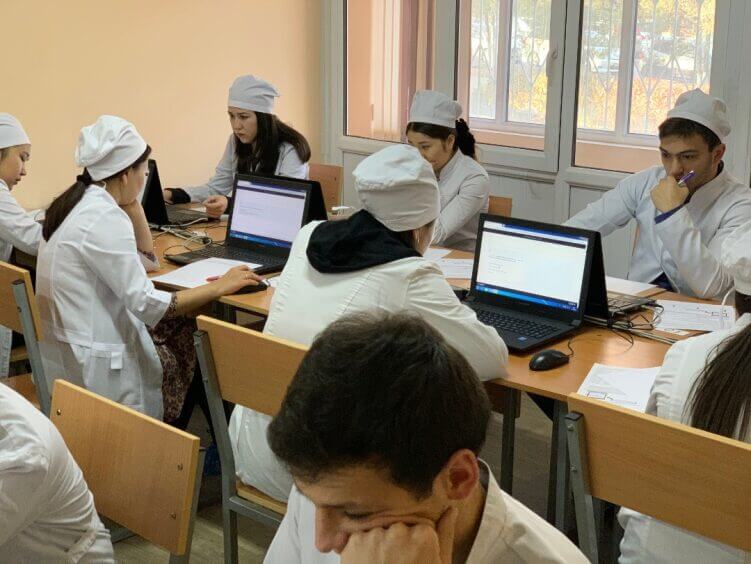 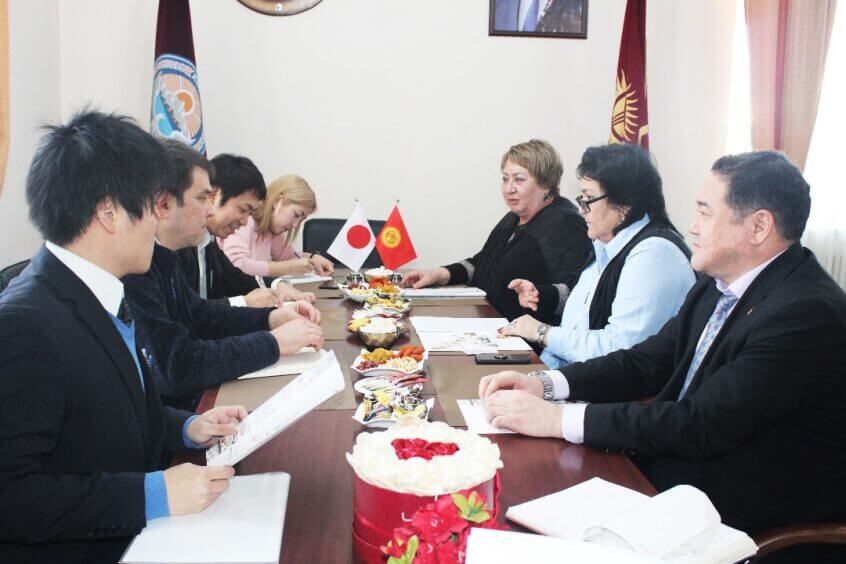 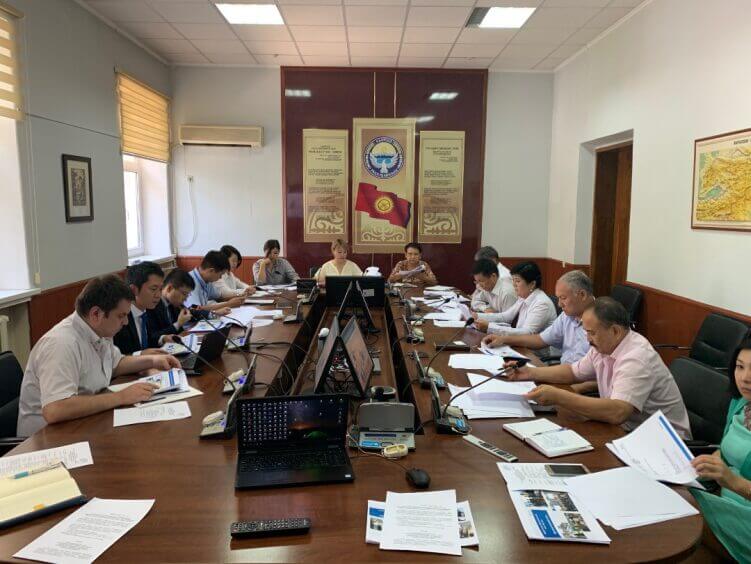 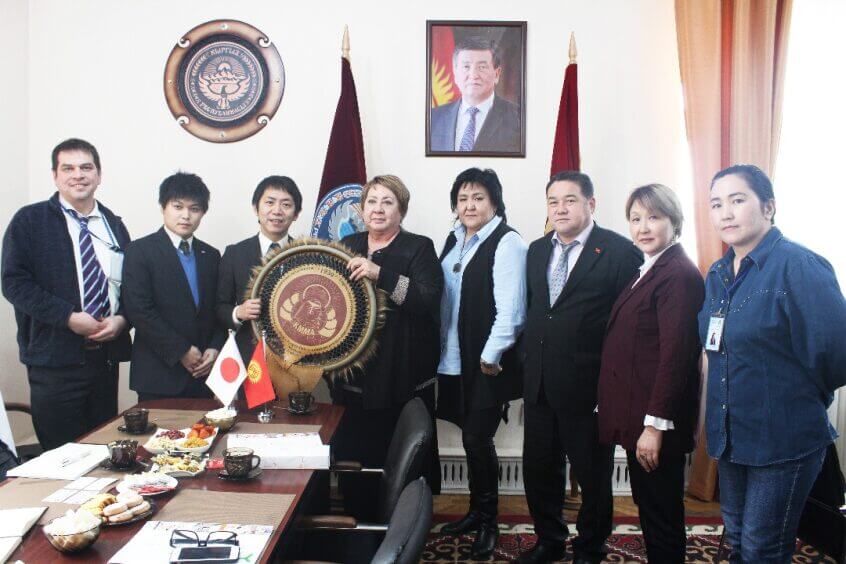 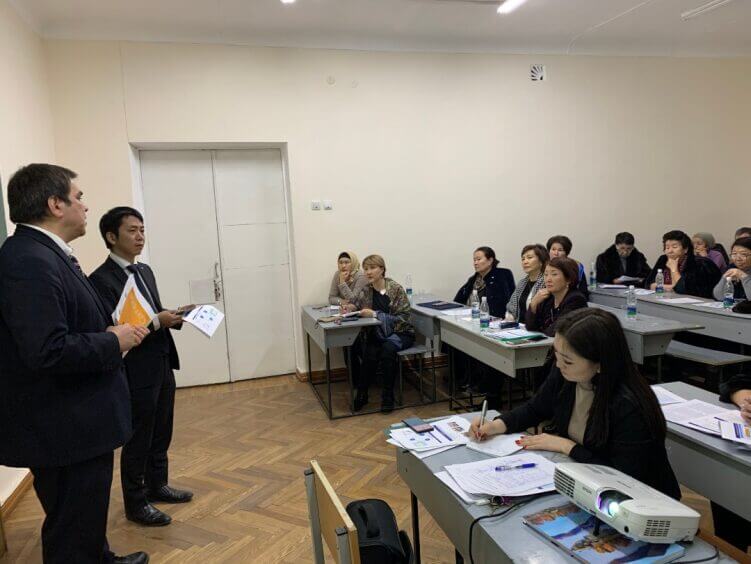 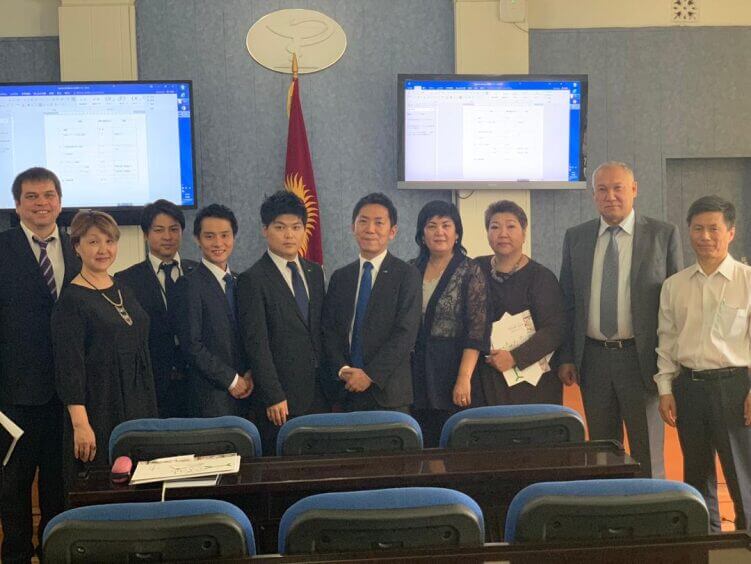